We are a people first company; we understand the impact our products and services can make in increasingly energy-centric world. Our dedicated team of innovators is committed to designing, improving and implementing reliable solutions that continue to perform when needed most. 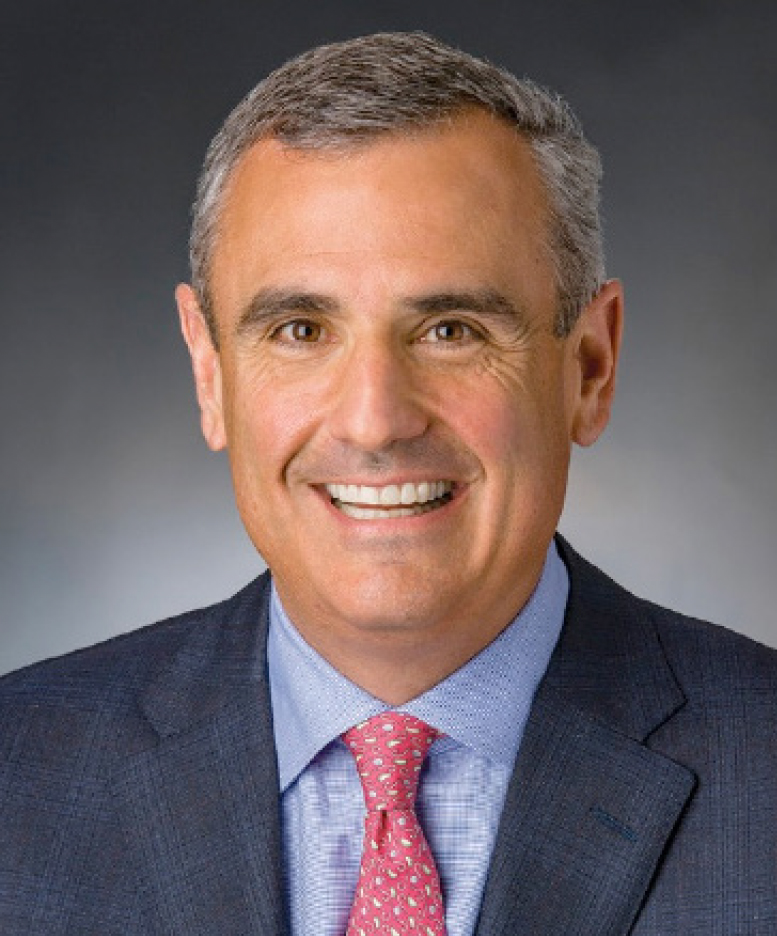 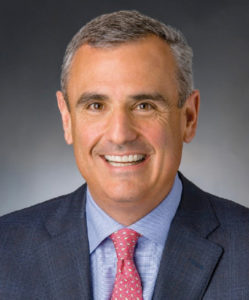 As chief executive officer, Cummiskey is responsible for delivering growth and customer solutions across Southern Company’s subsidiaries. This role is customer focused, driving efficiencies and collaboration of Southern Company’s customer, marketing and branding strategies across the companies.

Cummiskey also leads Southern Company’s unregulated competitive businesses as he serves as Chairman and CEO of Southern Power, PowerSecure and Southern Holdings. In addition to these responsibilities, Cummiskey oversees the innovation functions for Southern Company, including Research and Development and New Ventures organization. Before becoming Group CEO for Southern Energy Resources earlier this year, Cummiskey served as executive vice president of external affairs and nuclear development for Georgia Power. Previously in his career, Cummiskey served as chief commercial officer of Southern Power and as commissioner of the Georgia Department of Economic Development.

From 2011 to 2013, Cummiskey served as commissioner of the Georgia Department of Economic Development (GDEcD), where he led more than 500 company locations or expansions in Georgia, creating 46,700 jobs and nearly $9 billion in capital investment. Under his leadership, the tourism industry also registered $49 billion in total economic impact in Georgia in 2011, and the impact of the film industry reached a new record at $3.1 billion in the state in 2012. Prior to joining GDEcD, Cummiskey was a manager and director of energy and gas derivatives trading for companies including RWE Americas, Mirant and Mieco. He also served as a state director for U.S. Sen. Johnny Isakson of Georgia and chief of staff for the speaker of the Georgia House of Representatives.

Cummiskey is a current member of the Rotary Club of Atlanta and Trinity Presbyterian Church. He is a past member of the Board of Regents of the University System of Georgia, the Georgia Ports Authority, Georgia World Congress Center and the Georgia board of trustees for the Nature Conservancy.

Cummiskey earned his bachelor’s degree in business administration from the University of Georgia. He and his wife, Rebecca, reside in Atlanta with their two children, Addison and Jack. 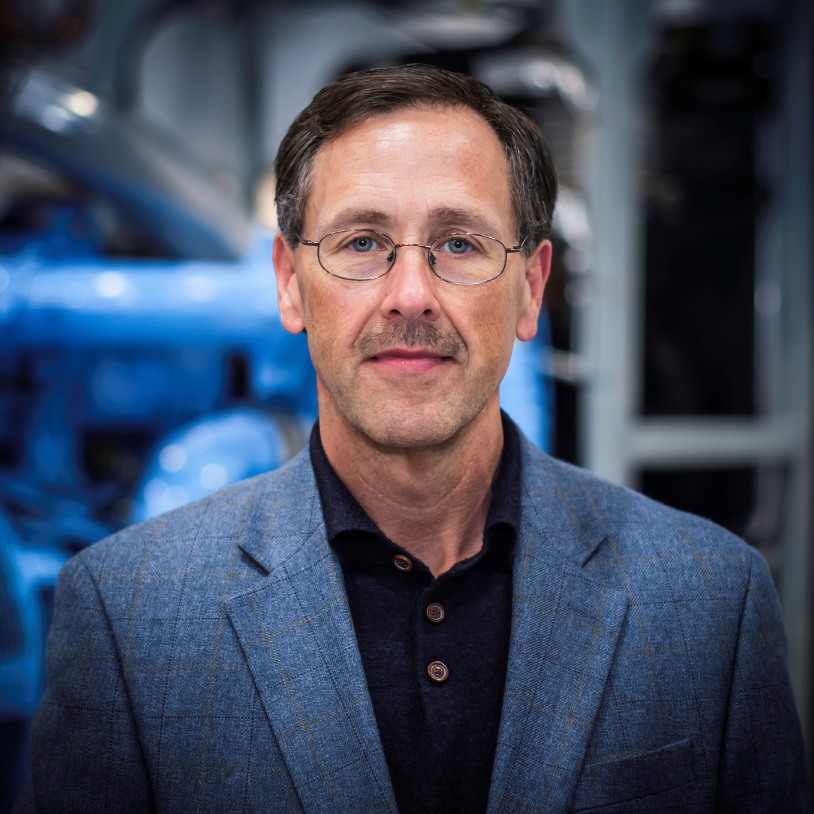 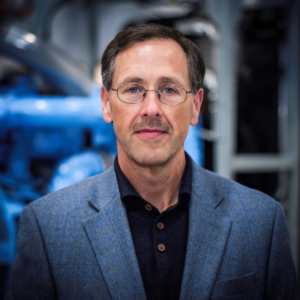 Jim Smith serves as the chief operating officer of PowerSecure. As a seasoned executive on the front lines of distributed energy resource (DER) solutions, Smith is responsible for overseeing the company’s fast-growing microgrid business and its fleet of 2 gigawatts of installed systems that leads the US industry with a 98%+ reliability rating. PowerSecure, the largest commercial microgrid developer in the country to-date according to GTM Research, has installed 1,663 monitored sites representing 82% of all US microgrid locations. With over $800MM of installed and performing energy efficiency projects, coupled with its DER solutions, PowerSecure is unique in its vertically integrated equipment and service offering that provides economical and resilient solutions for customers’ new and evolving energy challenges.

Prior to assuming his current role, Smith served as president of energy efficiency services at PowerSecure from 2013 to 2018. In this role, he was responsible for delivering best-in-class solutions in lighting, controls, water conservation, building envelope, mechanical/electrical upgrades, and renewable energy to reduce energy costs, improve operations and provide the best life cycle cost.

Smith previously served as executive vice president and group president of Lime Energy, a national provider of clean energy solutions from 2004 to 2012.  From 1998 to 2004, Smith served as director, engineering and operations for Ameresco Inc., an independent provider of comprehensive energy services.  At Duke Solutions, a subsidiary of Duke Energy, he designed and delivered guaranteed energy solutions for federal, state and private customers nationally and internationally.

Smith began his career with Burlington Industries, where he worked for eight years in engineering, service/maintenance, and operations with overall responsibility for multiple large industrial and manufacturing facilities in the Southeast before joining Duke Solutions. 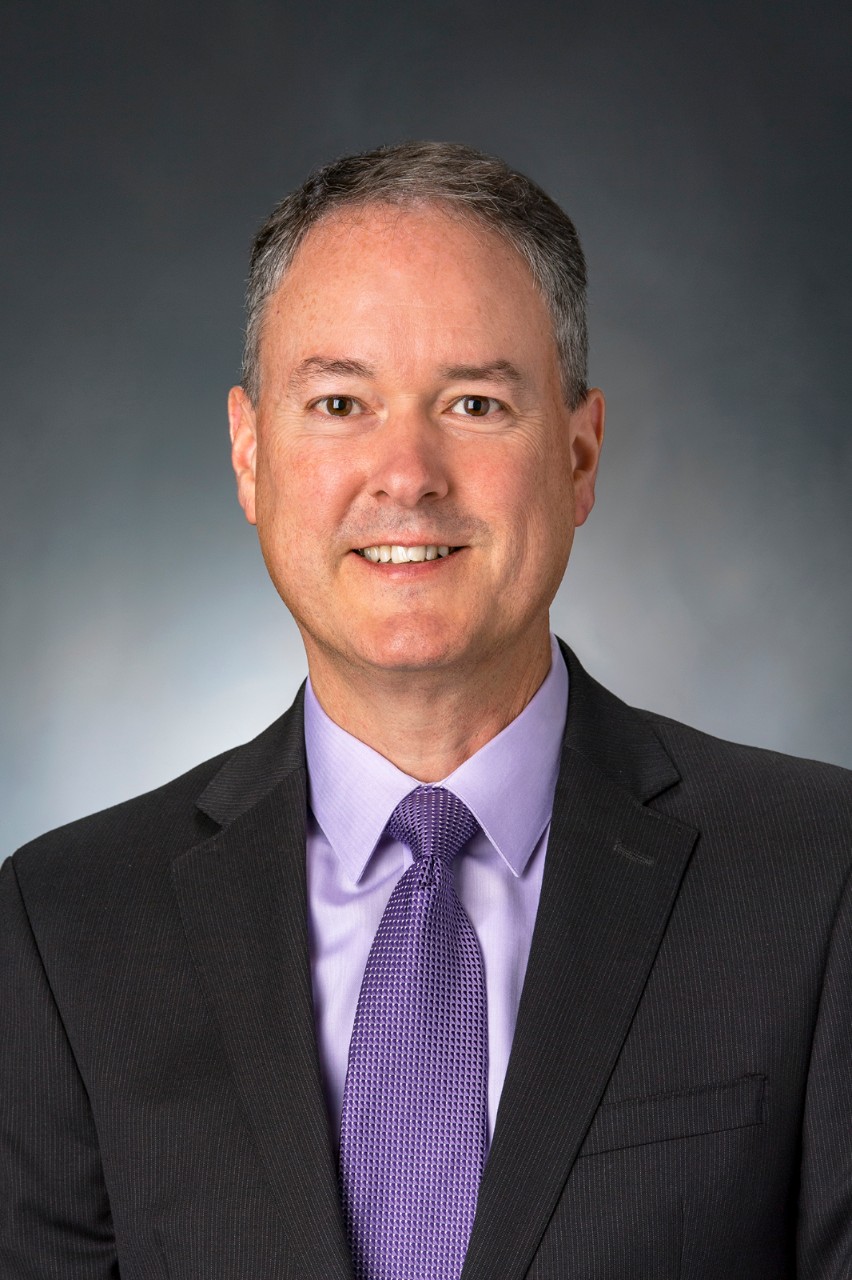 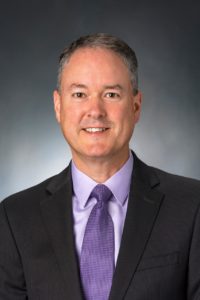 Elliott Spencer is senior vice president, chief financial officer and treasurer of Southern Power, a subsidiary of Southern Company and PowerSecure. Southern Power is America’s Premier Wholesale Energy Partner, meeting the electricity needs of municipalities, electric cooperatives, investor-owned utilities and commercial and industrial customers with one of the fastest growing clean energy portfolios in the U.S. PowerSecure, Southern Company’s distributed infrastructure development company, is a leading developer of microgrids and resiliency products to commercial and industrial customers nationwide. Spencer’s responsibilities include the oversight of accounting and finance functions, as well as the direction of project and market analysis activities for Southern Power. He was named to this position in 2019.

Prior to his current role, Spencer was the comptroller and corporate secretary for Southern Power. He was responsible for providing management and oversight of financial accounting and reporting, accounting due diligence on business acquisitions, and corporate governance.

Spencer also served as assistant comptroller and director of regulatory accounting and finance for Georgia Power. There, he represented the company as one of the key witnesses in front of the Public Service Commission on the 2013 base rate case, the 2012 fuel case, and provided management and oversight of Regulatory Accounting and Wholesale Reporting, Accounting Research, and Nuclear Development Accounting.

Spencer began his utility career in 1992 in the United Kingdom at Southwestern Electricity Board (SWEB), which was later acquired by Southern Company. He held many accounting and financial accounting roles at SWEB before moving to Atlanta to join Southern Energy Inc., which later became Mirant Corp. While at Mirant, he provided accounting analysis and research primarily for the Asian business development team, and briefly worked in Hong Kong.

Spencer graduated from the University of the West of England with the equivalent of a bachelor’s degree in accounting. He is a chartered member of the Institute of Chartered Accountants in England & Wales, which is the equivalent of being qualified as a Certified Public Accountant in the United States and worked six years in public practice. He currently serves on the Board of Trustees for the Fernbank Museum of Natural History. 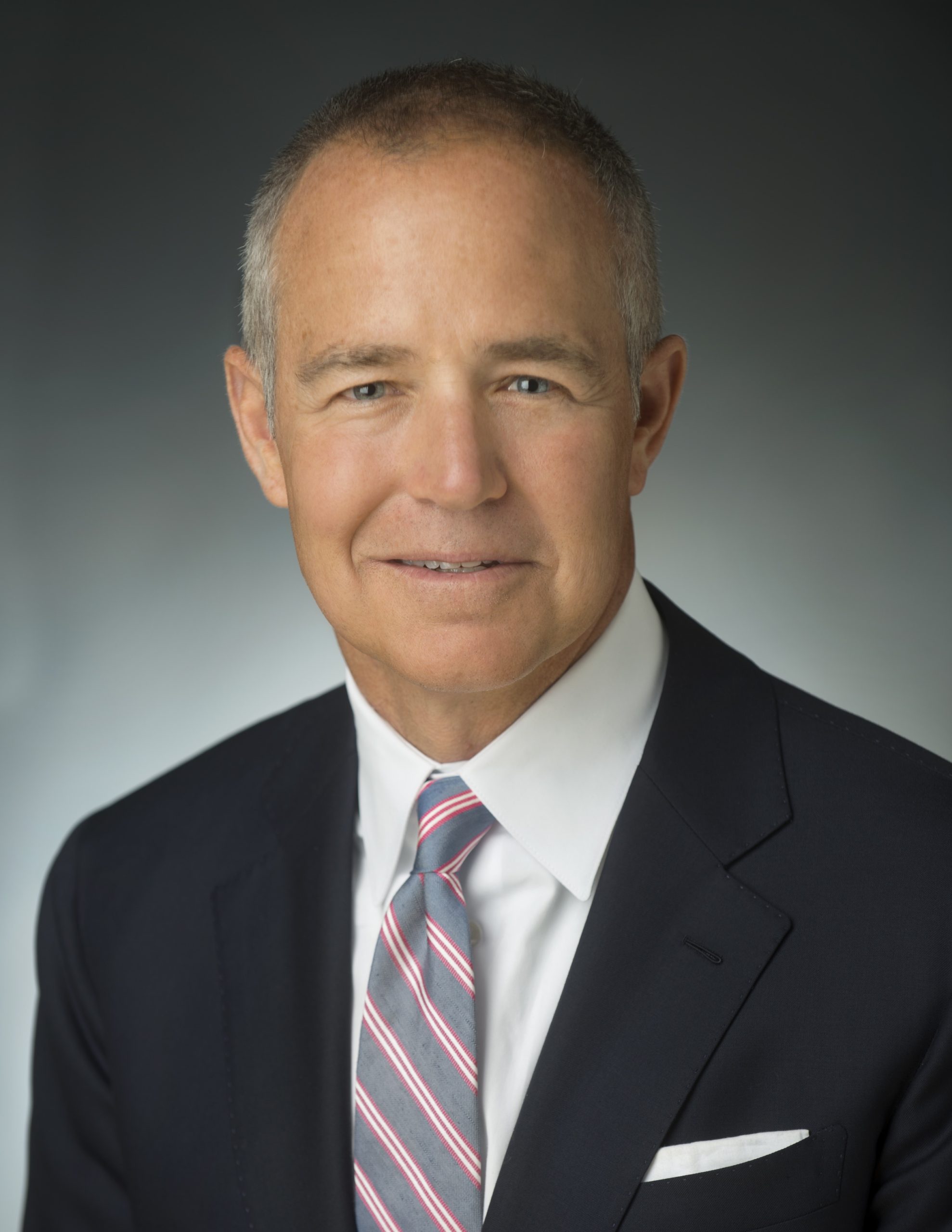 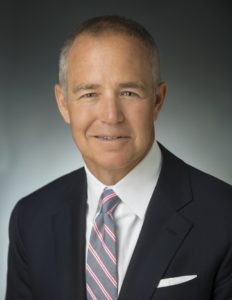 John L. Pemberton is senior vice president, general counsel and chief compliance officer for Southern Power, a subsidiary of Southern Company and PowerSecure. Southern Power is America’s Premier Wholesale Energy Partner, meeting the electricity needs of municipalities, electric cooperatives, investor-owned utilities and commercial and industrial customers with one of the fastest growing clean energy portfolios in the U.S. PowerSecure, Southern Company’s distributed infrastructure development company, is a leading developer of microgrids and resiliency products for commercial and industrial customers nationwide. In addition to legal support, Pemberton oversees compliance and external affairs for both companies. He was named to this position in 2019.

Pemberton joined Southern Company in 2003. During his career, he has held a number of leadership positions with Southern Company, including vice president of governmental affairs in Southern Company’s Washington, D.C., office, where he managed the company’s federal outreach activities.

Pemberton has also served as senior vice president and senior production officer for Georgia Power, where he was responsible for coal, natural gas and hydro generation. He also served as senior vice president and general counsel for Southern Company operations and Southern Nuclear. In this role, he was responsible for overseeing legal services, regulatory matters and external affairs for Southern Company’s operations organization and for Southern Nuclear.

Before joining Southern Company, Pemberton served as chief of staff for the Environmental Protection Agency’s Office of Air and Radiation from 2001-2003, where he helped manage the office’s efforts on several utility-related policy issues. Pemberton also was counsel and then chief of counsel for the U.S. Senate Environment and Public Works Committee.

A native of Omaha, Nebraska, Pemberton is a graduate of Southern Methodist University, as well as the Creighton University School of Law. He currently serves as a board member to the YMCA of Atlanta and the YMCA High Harbour. 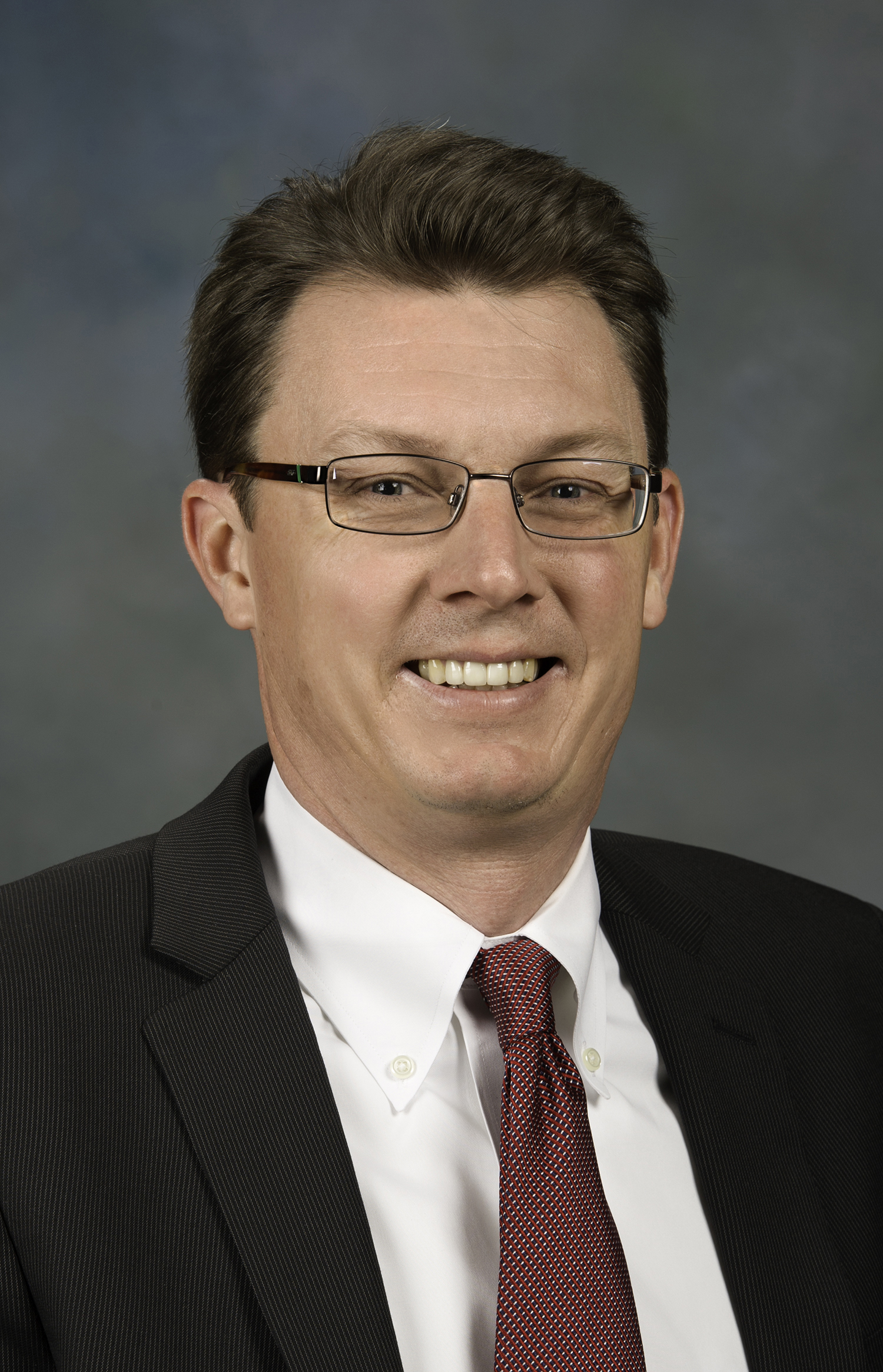 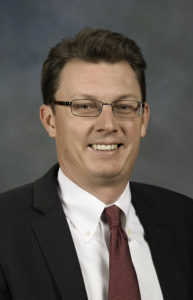 John Trawick is senior vice president and chief administrative officer for Southern Power, a subsidiary of Southern Company and PowerSecure. Southern Power is America’s Premier Wholesale Energy Partner, meeting the electricity needs of municipalities, electric cooperatives, investor-owned utilities and commercial and industrial customers with one of the fastest growing clean energy portfolios in the U.S. PowerSecure, Southern Company’s distributed infrastructure development company, is a leading developer of microgrids and resiliency products to commercial and industrial customers nationwide. Trawick is responsible for market policy, communication, human resources and technology for both companies. In addition, Trawick is responsible for commercial optimization and trading functions and the transmission of Southern Power. He was named to this position in 2019.

Prior to his current position, Trawick served as senior vice president and chief operating officer for Southern Power, where he was responsible for the operations of Southern Power’s expanding electric generation fleet, transmission, and commercial optimization and trading.

Before returning to Southern Company in 2013, Trawick was the senior vice president of power supply and fuels for the Tennessee Valley Authority (TVA) in Knoxville, Tennessee. In this role, Trawick was responsible for power trading, power origination, coal and gas services, system planning, structuring and portfolio management and fleet coordination. Trawick joined TVA in 2008 and led an effort to restructure the TVA wholesale rate design for the first time in 20 years with TVA’s 155 electric cooperative and municipal customers.

In his prior employment at Southern Company, Trawick was director of strategic and corporate affairs at Southern Power. Trawick has also worked at Southern Energy Inc., or Mirant, and as a senior consultant with J. Kennedy and Associates, analyzing financial and economic analyses in utility, cost-of-service, rate design and production modeling.

Trawick is a native of Montgomery, Alabama. He graduated from Auburn University with a bachelor’s degree in applied mathematics and earned a master’s degree in mathematics at the University of Tennessee. He serves on the Leadership Council of the College of Science and Mathematics at Auburn University. He has served in various community roles including the chair of the United Way for the Smoky Mountain Region Combined Federal Campaign in 2009 and 2010, chair of the March of Dimes Greater Birmingham campaign, and as a board member of Glenwood Autism and Behavioral Health Center and the Autism Society of Alabama.

Trawick has two sons and lives in Birmingham. 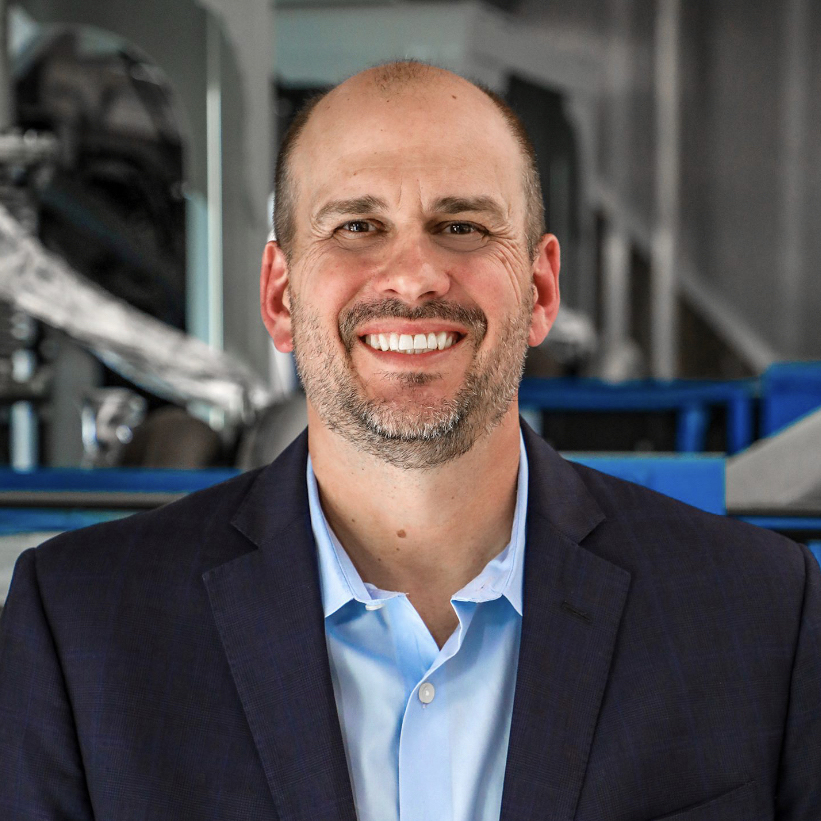 Dupont is a 21 year veteran of the utility and energy services space with extensive experience in accounting, financial planning, mergers & acquisitions, structured finance and commercial contracting. During his career, he has been responsible for the development, structuring and/or funding for over $1.5 billion in energy projects.

Dupont joined PowerSecure in 2013 as Vice President of Finance and was promoted in 2014 to Executive Vice President, Chief Financial Officer, Treasurer and Secretary for the business until 2017, when he assumed his current position. He successfully led the sale of PowerSecure to Southern Company in 2016.

Eric holds a BSBA in Accounting from Appalachian State University and a Masters of Tax from Denver University. He currently serves on the Board of Directors for Research Triangle Clean Tech Cluster, of which PowerSecure is a founding member.